This is the fifth installment about my journey through the UK.

From the College of the Resurrection in Mirfield, I returned to nearby Leeds for a few more days, both to visit with David and Ruth Hanson and to give two talks (Friday evening and Saturday morning). I had a very relaxed time with the Hansons, involving lots of conversations and good food, plus a tour of downtown Leeds with David. 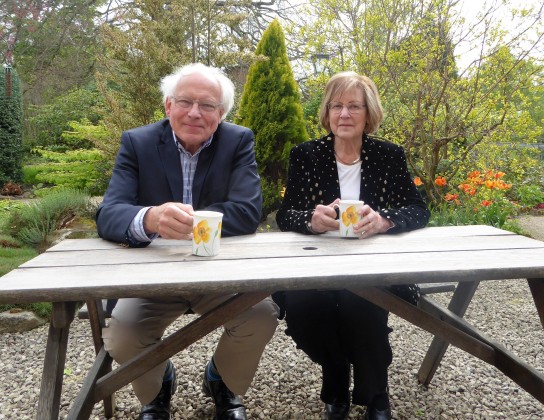 It was David Hanson who originally invited me to come to the UK to speak for he Thinking Faith Network , a Leeds organization that he and Ruth helped found some years back. The organization (I guess I should say organisation) exists to educate Christians in the UK about a holistic vision of life lived in God’s kingdom.

David initiated my visit because he wanted me to speak on the topic of my eschatology book, A New Heaven and a New Earth.

This was the second time I had come to the UK to speak in Leeds. The last time was twenty years ago (1997). Back then the Thinking Faith Network was called the West Yorkshire School of Christian Studies (WYSOCS). When my wife Marcia and I came to the UK in 1997, we first visited relatives in London, then we spent time with the Hansons in Leeds.

I remember giving two talks for WYSOCS, on the image of God/cultural mandate and on the problem of suffering. Although my talks this time around were new, the topics were similar (I guess my interests have been consistent over the years). 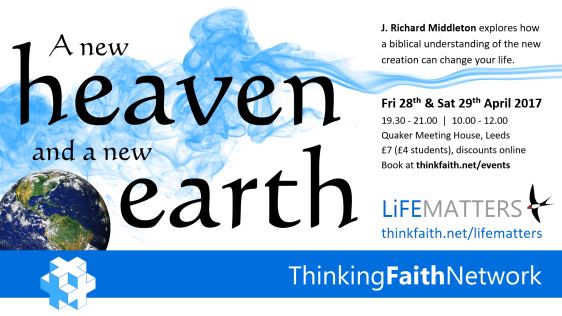 My talks for the Thinking Faith Network on this visit were on eschatology (tracing the motif of the image of God from creation to consummation), and the lament psalms (as a resource for addressing suffering).

However, David Hanson suggested that if I was coming all the way across the Atlantic, I should do some more speaking in the UK. This resulted in a series of fourteen talks that I gave at eleven institutions in nine cities in Scotland and England. Although the talks I did at Leeds were the two talks I gave most often on the trip, I spoke on five different topics (some specially requested by the institution).

I’m very grateful to Richard Gunton, a volunteer with the Thinking Faith Network, who did the organising and liaised with the various groups I was speaking for. Richard made sure I had the requisite train or bus tickets for each leg of the journey (and that there was someone waiting for me when I got there) and also that I had accommodations in each city.

I was particularly blessed that Richard and his wife Diana accompanied me for two and a half of the most intensive days near the end of my trip—from Leeds to Oxford, then to Cambridge, and back to Oxford (then Richard put me on the bus to Cheltenham). 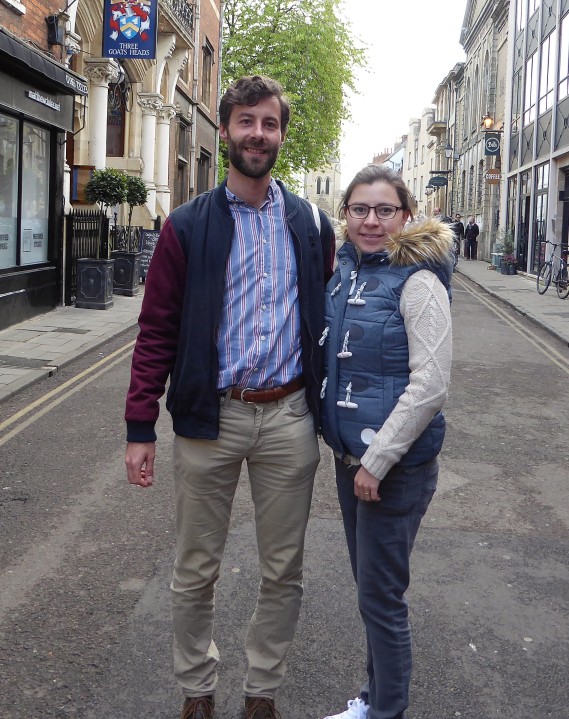 Richard and Diana made sure that I got where I needed to be on time (without them I’m not sure how I’d have managed the trip from Oxford to Cambridge and then back again, since it required two train trips with the London underground in-between).

It was also a genuine delight getting to know them both.

Humour and the Gospel

It was also great to reconnect with Mark and Anne Roques, who I first met in Canada, through the Institute for Christian Studies (ICS) in Toronto. Mark had been a student there in the eighties and Anne had organized various conferences for the ICS, including one at which Brian Walsh and I spoke, back when we were writing our book The Transforming Vision.

Mark is an astute philosopher, who has developed an effective approach for reaching out to high school students and young adults in the UK. He has a particularly quirky sense of humour (it has to be spelled this way, since it is a distinctively British sense of humour), which can be seen in his penchant for telling weird and wonderful stories (combined with incisive worldview analysis), in which he takes his cue from Jesus’s parables.

Mark’s new book, entitled The Spy, the Rat, and the Bed of Nails, is a brilliant introduction to the rationale and art of storytelling in a postmodern world as an entrée to communicating the gospel; plus the book ends with a collection of stories (which he calls spiels) that he has used (some true, all wacky). 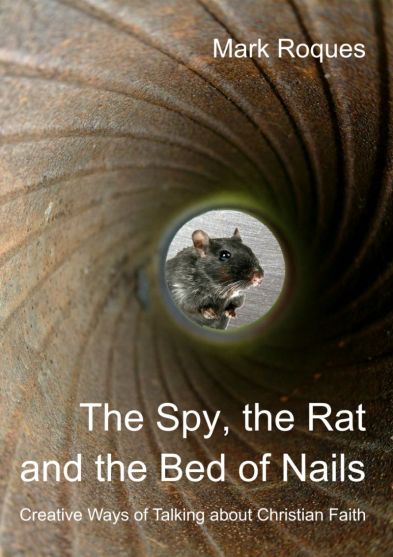 Mark has written a brilliant short introduction to Christian philosophy, called “Crocodiles and Philosophy.” If you can read this piece without bursting your sides laughing out loud, you have better control than I do.

You can read an interview with Mark Roques here (on his ministry, sense of humour, and the book).

My next post will tell the story of what happened after Leeds.